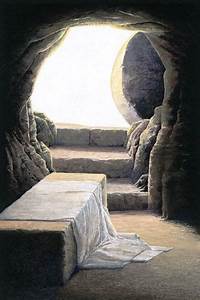 The stone was heavy and it was sealed tight
The tomb that held the Master was dark without light
How could they finish the work they needed to do?
Who would the great obstacle move?
Their footsteps slowed hearts heavy within
They felt the great loss of their Lord and friend.
Dried tears still stained their cheeks.
Pain within was tight with grief.
Sorrow filled every thought,
Their bruised, aching hearts relief sought
What would they need for the great struggle ahead?
Preoccupied with worry they forgot what their Lord said
He said that He would die and He would live again.
He told them He needed to pay for their sins.
He declared He would defeat the enemy
He professed He would set the captives free
As they approached the sepulcher… what a glorious sight
The inside of the tomb was filled with light
Could it be, their hearts cried?
The Stone is removed and Jesus in not inside
He has risen! Their eyes wide with joy and hope within
Could it be? Can it be they would see their Lord again?
Easter time remembers the work of Jesus on the Cross of shame
And it celebrates that the Lord did not behind the stone remain.
He is at the right hand of the Father in intercession for you and me
So now we on the Solid Rock stand new, whole, and set free

Psalms 95:1
O come, let us sing unto the LORD: let us make a joyful noise
to the rock of our salvation.